Original 1963 Washington State issued license base-plate. Painted green on white. Base plate can be used for years 1963-1967 with appropriate affixed annual tab (years 1964-1967). Made out of aluminum. There are two font styles of 63 used.
Passenger) 6 characters. Painted green on white with painted border. WASH 63 on bottom of plate. Same county codes used except Island county changed to ISA. I, O & Q not used in third position. Original 1963 plates had no sticker (63 on bottom of plate identifying issue year). Plate number referred to as serial number. Renewed with stickers each year. Truck) TRK WN 63 on bottom of plate. Trucks assigned G, P, X & T to about 60000 in 1963 & 1964. Misc) All non passenger plates had the type abbreviated followed by WN 63 on bottom. Non passenger plates began in 1963 as single letters.
I do not restore license plates. According to Washington State DOL The license plate must be original, and restored so it can be identified with its year of issue. Reproductions can’t be used as restored license plates. 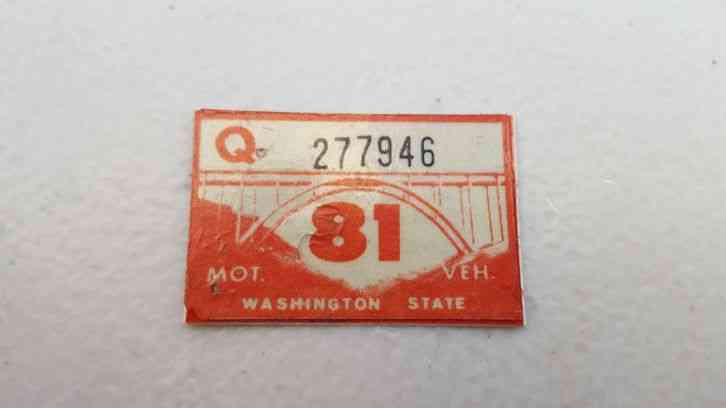 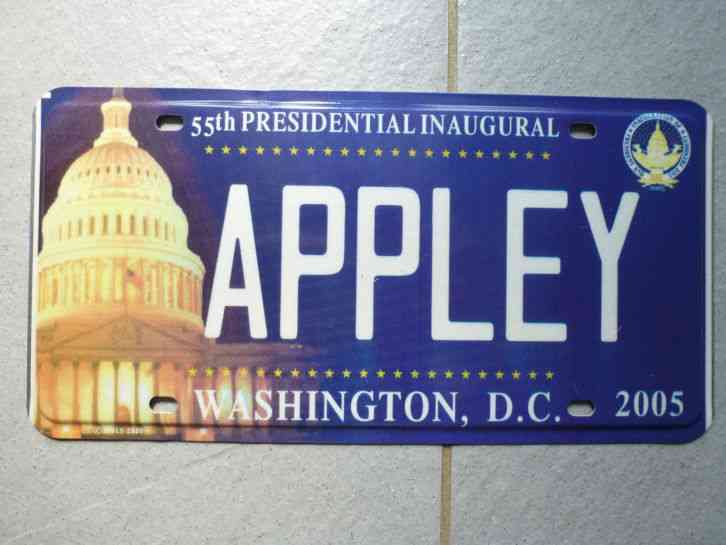 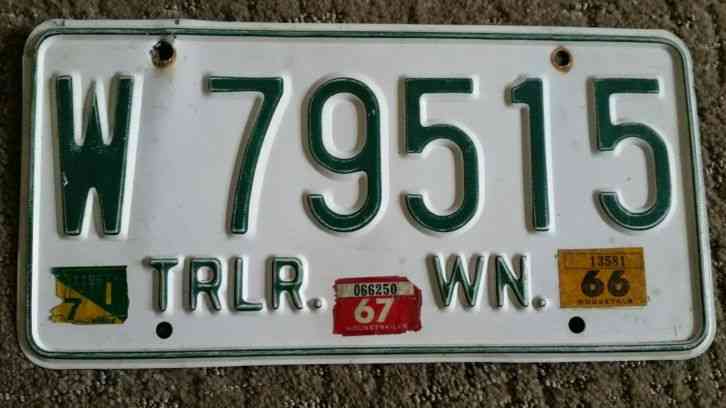