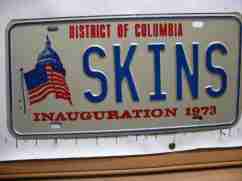 1973 DISTRICT of COLUMBIA INAUGURAL Pair License Plates Tags SKINS
Here is a very nice pair of tags from the 1973 inauguration. This was the first year for vanity license plates. These plates are made available in connection with each Presidential Inauguration, this one being for the inauguration of Richard Nixon for his second term. Inaugural plates could have been used on personal vehicles for a few months around the time of the Inauguration. These plates with SKINS were specially made to commemorate the NFL Washington Redskins football teams. The plates are in nearly mint condition and were never used. Here is a little history of these plates:
These Skins tags were made up at Lorton Reformatory and were to be sold to the Redskin fans when they left Dulles Airport for the Super Bowl game. When the District of Columbia department of motor vehicles found out about this they told the inaugural committee they could not sell these tags as they had no identifying numbers and they could not be used on motor vehicles. The inaugural committee suggested to the D.M.V. that they would only sell one tag to each Redskin fan but the D.M.V. also turned this down as any two fans could pool their tags and conceivably a number of cars could be on the street with Skin tags. The tags remained at Lorton Reformatory until the inaugural tags expired on February 28, 1973, , at which time all the remaining inaugural tags were purchased. These Skins tags can now be used for souvenirs only and are a choice collector’s item. Then the flyer goes on with the address you could have ordered them from in 1973...

Other District of Columbia License Plates 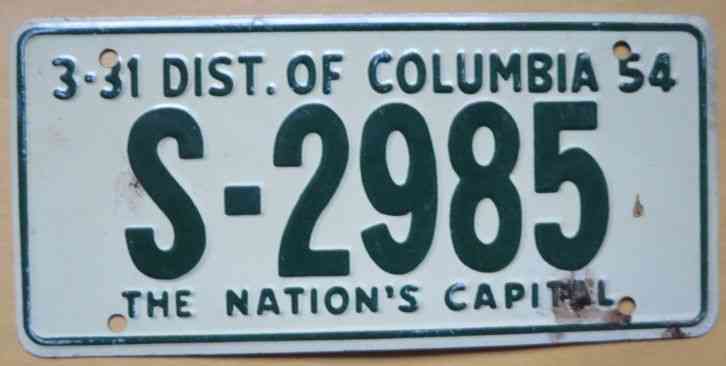 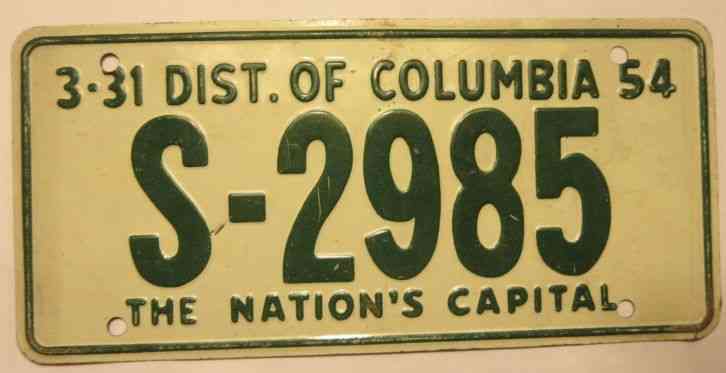 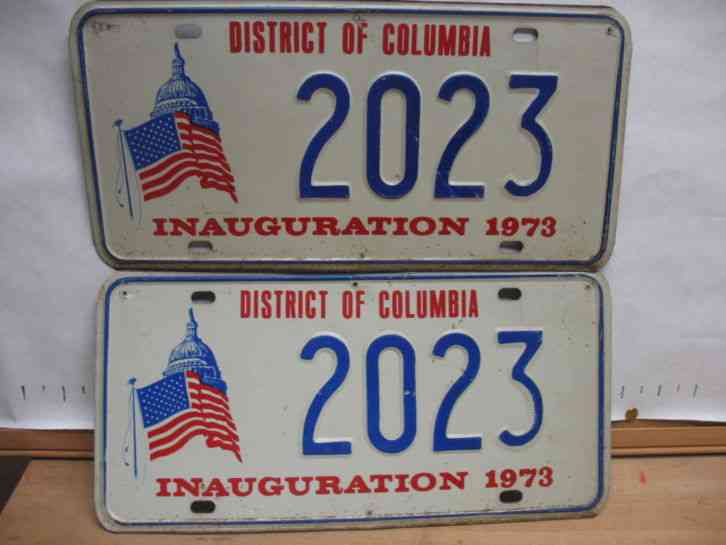 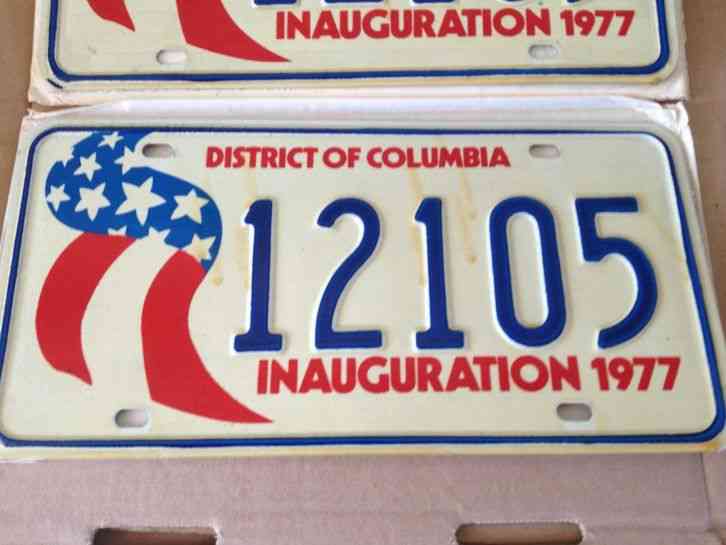 Pair of District of Columbia DC