Antique TWO NJ Licenses 1945-46 From NJ Governor Charles Edison
Same Layout 2 years – E stands for Essex County E/D Coincidence?
================================================================
BIDDERS – By bidding, buyers confirm having read, understood, and agreed with all information here. BEFORE you bid - Please fully read ALL below, including Condition, Description & Shipping! Any questions, please contact us. Thank you.
WELCOME TO OUR EBAY STORE! Please visit frequently – we love our Frequent Buyers, and for them put up new items most weeks!~~~~~~~~~~~~~~~~~~~~~~~~~~~~~~~~~~~~~~~~~~~~~~~~~~~~~~~~~~~~~~~~
Greetings from our smoke-free, retirement home! Selling these results of decades of collecting is a sideline with us retirees; we have many interests so shipment may take a few days. Thanks for our inquiry, bid, purchase, and patience!
FEEDBACK – Please note our Feedback rating. We are proud of ours, and assume you value yours as well. See more details below. If you don’t issue feedback, please do not participate.
ITEM CONDITIONS & DESCRIPTION: VERY GOOD CONDITION!
STATE: New Jersey NUMBER: ED 2 COLORS: Black & Blue on Straw
YEAR: 1945 and 1946 SIZE: 6½”x10¾” TYPE: Steel Good Condition
Right now I’m offering our extensive collection of Auto License Plates, at least one or every year – some states had more than one type or size. The display started with the earliest – except for ‘do-it-yourself’ plates made of leather, wire grids, or wood to display the state-directed numbers. Those rare Owner-Made tags were extremely hard to find four decades ago, and more so today – even then we were unable to find one for each of those years. All such plates are extremely valuable, and we were honored that many owners loaned them to us for display. Needless to say, we returned those at the end of the Bicentennial period!
We show our NJ licenses LEE-1 just for identification. They are not for sale, but we thought they might interest you.

DETAILS AND CONDITION:
Very Good Condition for two Septuagenarians!
Unusual for two such similar color combinations to be used in two adjacent years. But even more so with three: 1947, which uses the same color combination and layout as 1945 - N. J. 1947 at the bottom and Blue on Straw)! Very interesting! Generally plates were given substantially different color combinations each year - until the new US standard size plates since the 50s, which for NJ have remained black on straw. We have a pair of the 1947s in fair-to-good condition, if you"re interested for your 1947 auto! We think also for Essex County: EF 919.

Coincidence Low Numbers for former Gov. Charles Edison?
If you put these on the walls of your Library, know this intriguing back-story involved in them! Check this out:
Charles Edison (1890-1969) was the middle of three sons of Thomas Alva Edison – Thomas Jr., Charles and Theodore. I was honored to get to know Ted Edison and his wife very well – I was in their home, and they in mine, as well as visiting Yesteryear Museum, of which I was a Founder and President. Delightful, charming folk!
In Charles’ adulthood until it was disbanded, he was CEO of the huge Edison Industries in West Orange, New Jersey. In 1940 he was U.S. Secretary of the Navy under President Franklin D. Roosevelt, the post he relinquished to run for Governor of New Jersey, in which he served during the War years of 1941 into 1944.
Coincidentally, FDR had served as Assistant Navy Secretary under Woodrow Wilson, before FDR became Governor of New York State!
These two license plates were for Charles Edison’s vehicle in 1945 and 1946. They are standard NJ size and colors for that period – Blue lettering in 1945 and Black in 1946, on backgrounds (now called Straw in the current 6” by 12” NJ licenses). Note that NJ and the 1945 and ’46 year info is different and in a different place, to make it easy to distinguish between the 1945 and 1946 versions which were somewhat similar otherwise. We consider these to be in very GOOD Condition. The wear on the printing could easily be repaired, but we’ll leave that remedy up to our very fortunate one lucky winner!
More coincidences – Like all Garden State Governors, Mr. Edison while in office would have been driven around in a big Cadillac) with New Jersey License Number 1. So the number 2 was a pretty nice touch for a former Governor, don’t you think?
Before the shift to the wider national license plate standards in the 1950s, the top letter indicated the New Jersey County in and for which the plate was issued. Governor Edison lived in West Orange, which is in Essex County – thus the letter E. The D on some plates indicates a motor vehicle dealer, but not as on this plate. It would normally have appeared by chance, but we suspect someone in the NJ DMV picked the D to be read as ED, in honor of Mr. Edison? Who knows, but it’s fun! ---Lee Munsick
~~~~~~~~~~~~~~~~~~~~~~~~~~~~~~~~~~~~~~~~~~~~~~~~~~~~~~~~~~~~~~~~
I have been an ardent collector most of my lifetime, in many fields: Recorded Sound, Motion Pictures, Radio, Television, Stage, Antique Automobiles and License Plates, Mechanical Music, Thomas Edison, and San Francisco. Now Charlotte and I are selling collectables from all.
It was not easy to accumulate a complete run of New Jersey automobile licenses from their onset up to the new national 6x12” standard in the 1950s and beyond. My collection was displayed on the walls of Yesteryear Museum outside Morristown, along with a different group of sample plates for the Bicentennial Year 1976 - at least those from states which issued such, and didn’t charge a fortune – most states proudly sent theirs proudly and gratis!
When we moved to Florida, the plates were in several heavy movers’ boxes, which were mixed in with scores of others for the move. It wasn’t until after we had changed from one storage place to another that we discovered that the movers brought only one box to us – infuriating, but too late to do anything about it! We have dozens of plates and will be offering many more plates from the start into the mid 1950s, when the new national standards set in.
SHIPPING:
We all note USPS rates keep rising – some as high as 10% - 14% for Priority. For our winning bidder, we will absorb the S&H charges and send your valuable winning item to you by what we consider to be the fastest, safest, most-cared-for, and surest means:
FREE USPS INSURED PRIORITY MAIL
~~~~~~~~~~~~~~~~~~~~~~~~~~~~~~~~~~~~~~
ABOUT US ---

Charlotte and Lee Munsick - Octogenarians on the Florida Treasure and Space Coast, we experience frequent power outages and strong storms which bring web, phone and PC problems. In our most recent relatively gentle hurricane we were without power for nearly a week – others for far more. Should we ever again be unable to ship or communicate promptly, please be patient and please do not advise . That would simply delay things and cause all involved additional difficulties. Thank you!
Years back we had no power or PC for over a month; after the recent hurricane just shy of that. The first time customers and could not contact us! cancelled everything; our Feedback rating died. When ‘live’ again, we contacted all buyers. Every buyer settled happily and received their purchases. We lost over 300 Feedback points – we’d have been way over 1000 long ago if not for that case. Fortunately, all that did not occur this year, but we’ve had PC difficulties to this date!
In 15 years on including moves from NJ to VA to FL we’ve had 3 harsh negative Feedbacks – two due to service shutdowns as above, and one because a buyer did not read or heed our information. His fault, but while 3 reps said we did everything correctly, eventually ruled against us and he caused our first Feedback loss because he forced PayPal to refund his payment. 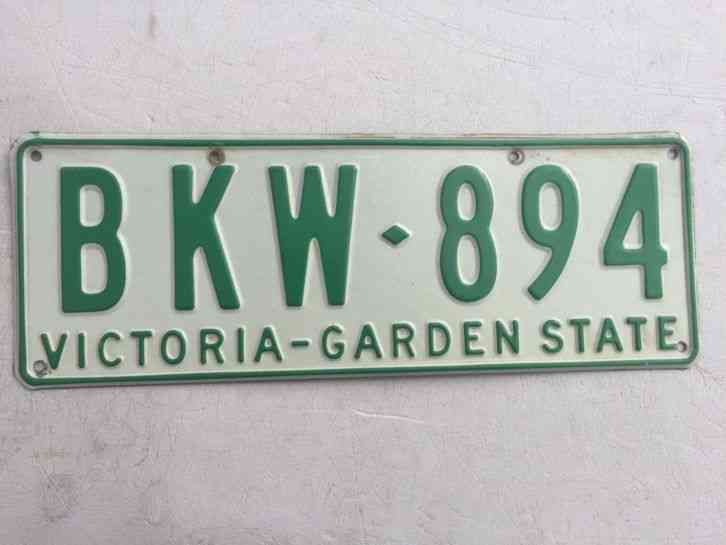 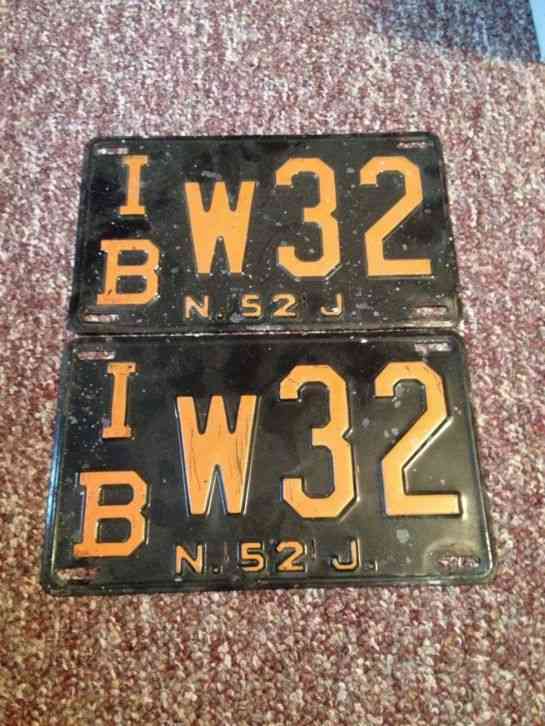 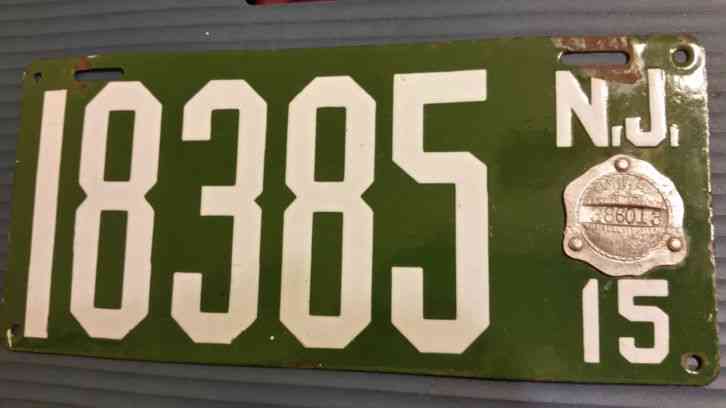