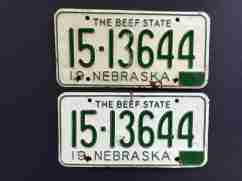 “Fair to good condition with some minor rust and minor edge dents.”

This is a pair of Nebraska license plates. Both are basically in good condition except for the following flaws: One has a number of tiny rust spots, a small dent in the middle, and a small crease in the center at the top. The other has very good paint except for a scrape in the center. There is also a rusty spot near the bottom as shown in the picture. Both have some rust around the lower bolt holes. There are no year tags attached. These should be useable as-is with a little touch up of the white paint. 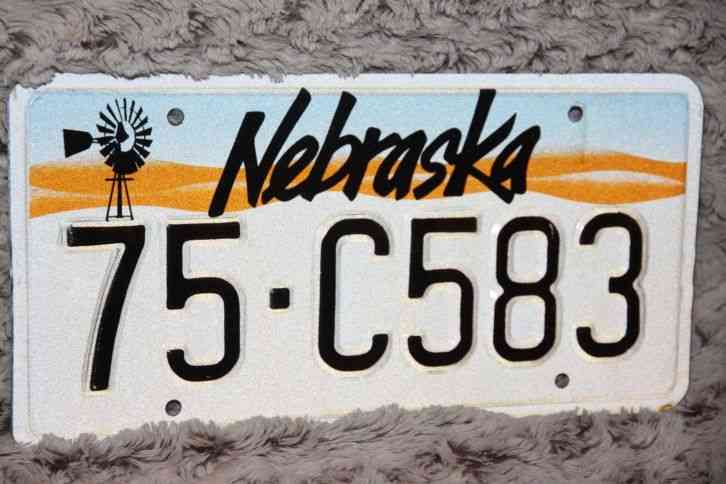 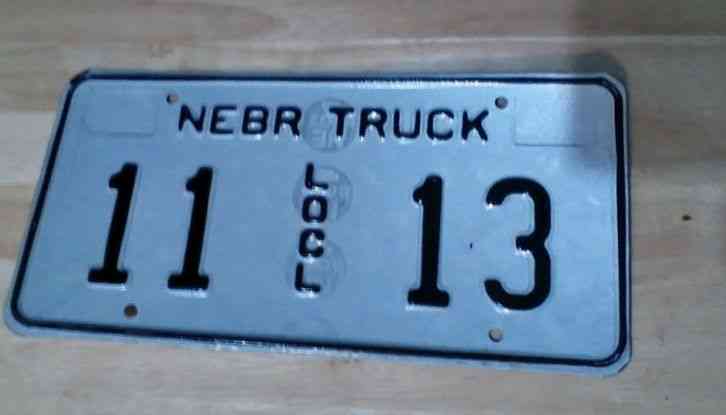 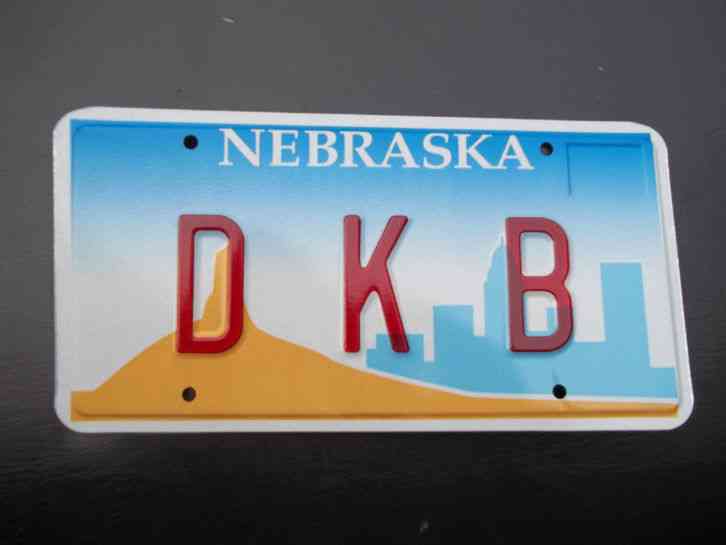 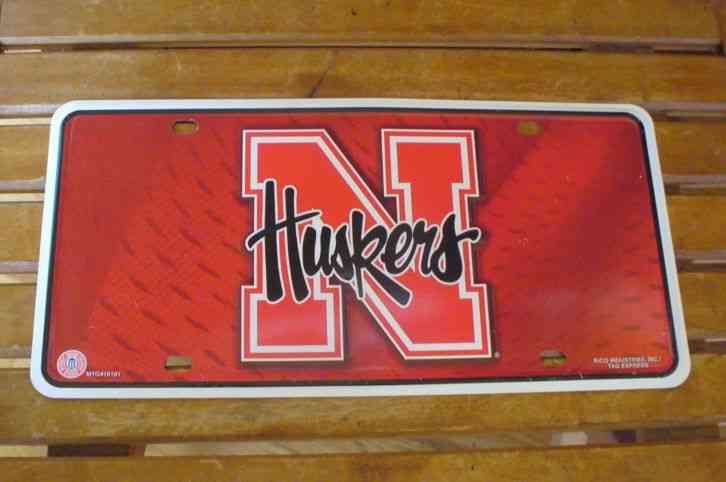