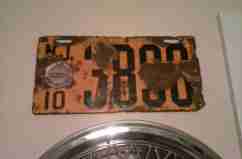 Here is a 1910 NJ porcelain license plate from a personal collection and, deservingly, a short written history of it that you will not find accompanying any other listing.
This is a 106 year old license plate. One hundred and six!

To start, this is a rare plate due to its low digits - being only four - and for being a low issue number for four digits - being issue # 3890 out of #9999. the maximum amount of digits for this year is six.
This year of porcelain plates was printed in Trenton by the Horace E. Fine printing company (notice the Horace E. Fine "Ing-Rich- Auto Tags, Trenton, NJ found on the backs of some of the 1910 plates, though only some remain entirely visible - only a few remnants of original stamping remain on this plate). This company was awarded the contract by the state to print the 1910 porcelain license plates for NJ drivers.
The colors are referred to as Black and Orange which were decided upon by the NJ DMV to honor Princeton University - the largest NJ college at the time. These were, in fact, the school"s colors. In 1910, there were nearly 30,000 plates issued and this being of the first 4,000 plates issued makes it a one of a kind.
As for the Certified Maker"s number - which pertains to the vehicle, not the plate issue # - this is also a very low digit being just # 2843.
This is a piece of history! Each plate of 1910 was a brand new issue number due to the 1909 plate issue numbers not being allowed to be carried over for use on 1910 plates - the only time this happened in NJ porcelain plate history.
As for condition, this is not among the best preserved - clearly - however, the fact that it shows its age while still remaining legible is a testament to the amazing design of early American industry. Restored or as is to show its age, this is a truly amazing piece. You would be hard-pressed to find many other 4-digit 1910 plates, let alone one of this low of an issue # and Maker"s #.
Feel free to ask any other questions, I would be more than happy to answer them! 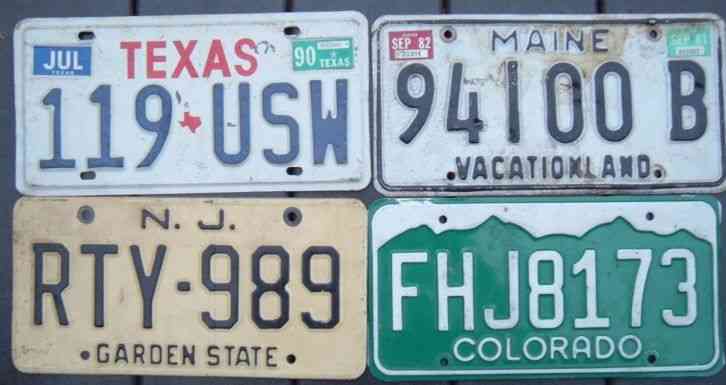 VINTAGE lot of 4 Different US license 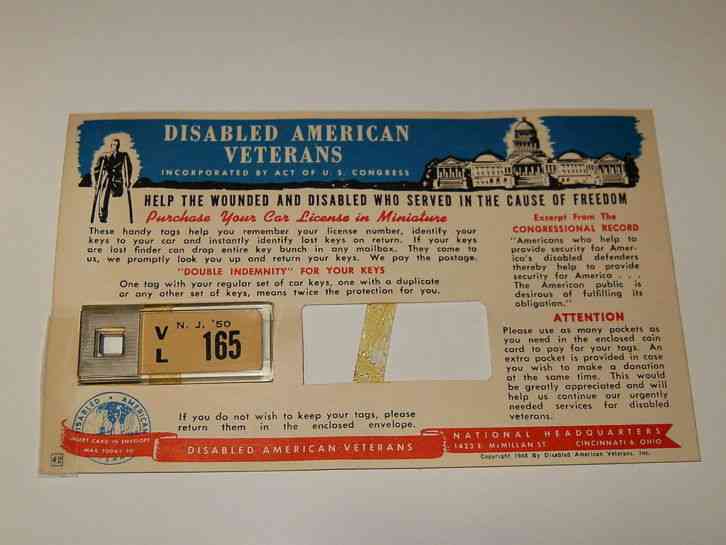 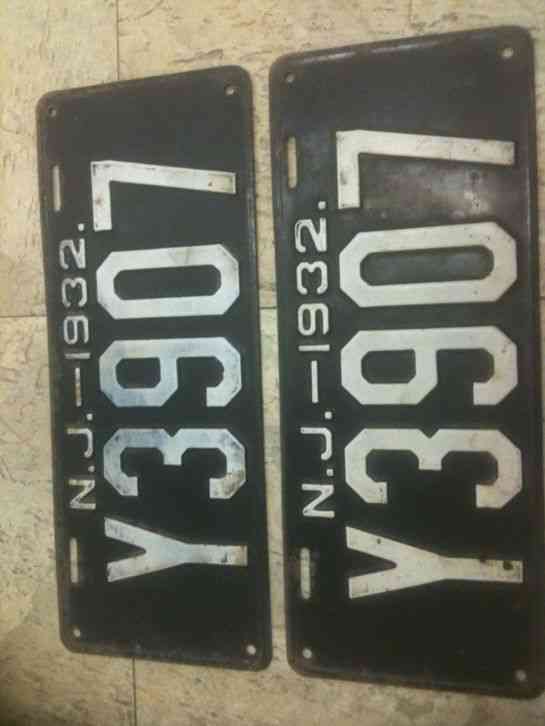