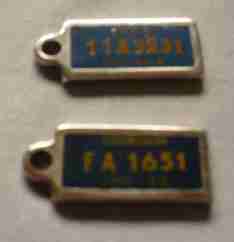 “No problems - appear to be unused”

Pair of license plate key tags sent out by the Disabled American Veterans each year to promote donations to the organization. The two offered are interesting specimens because they represent separate eras of Indiana"s license plate system. From the 1940s to the late 1950s, the plates used a two-letter prefix followed by four numbers. The letters indicated the county for which the plates were made; in this case, FA designates Clay County (Brazil) as the county of issue. When the number of cars on the road began to exhaust the available numbers, the state switched to using the alphabetical county number followed by a letter (later two letters for more populous counties) and four numbers. Again, the number of automobiles outgrew the number of number-letter combinations and that system was abandoned on the 1970s. Plates no longer identify the county of issue. Both tags are encased in metal and appear to be unused. Questions and comments are always welcome and I do combine shipping for multiple items. 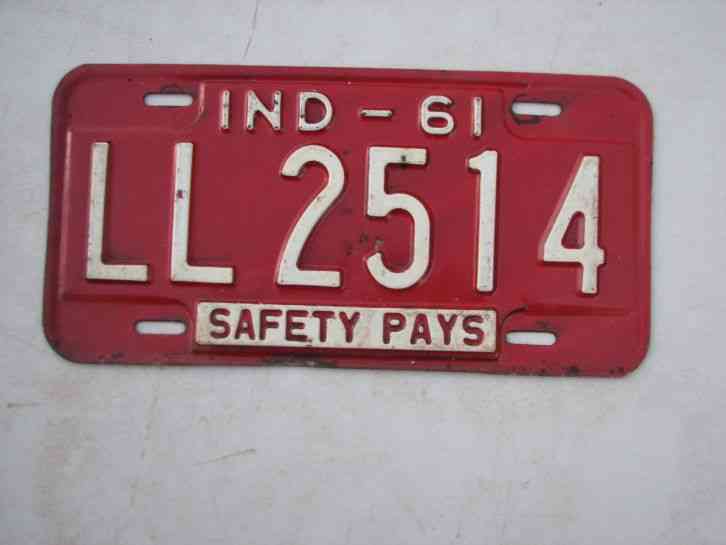 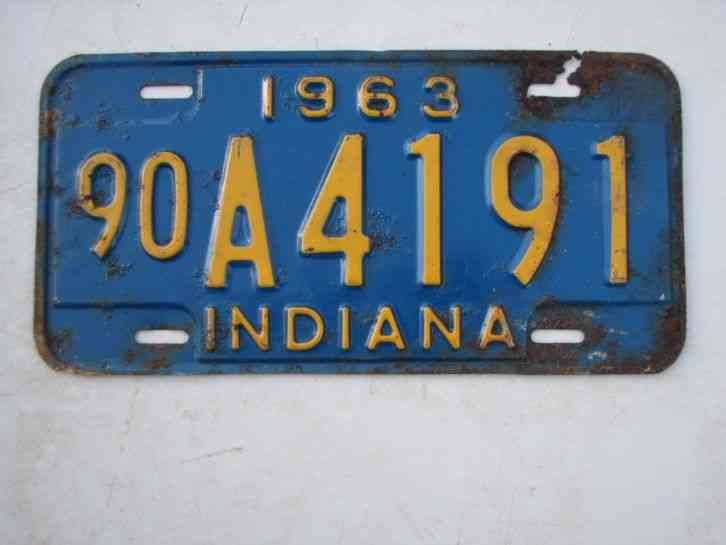 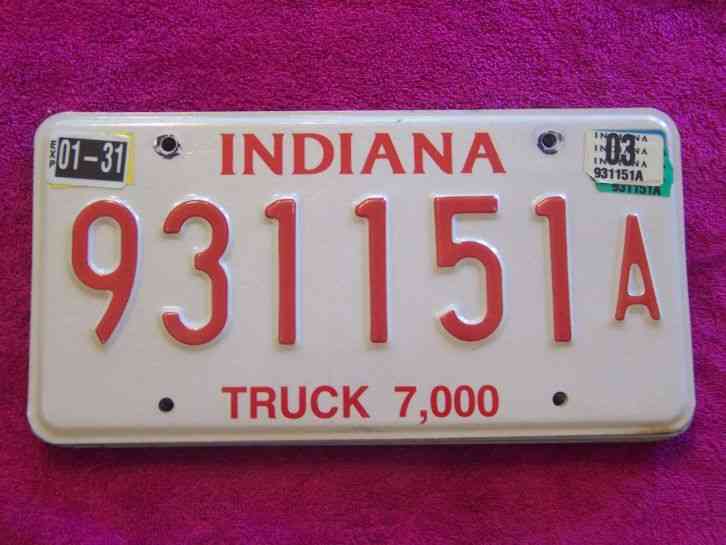